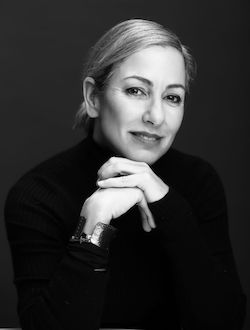 In her twenty-four years as a resident of northern New Jersey, Susan has served on the board of directors for the Montclair Art Museum, the Mental Health Association of Essex County, and the Montclair Development Corporation. Susan was vice chair of the board of directors of Covenant House, an international, privately-funded childcare agency. She assisted Covenant House in opening Nancy’s Place, a residence for youth with behavioral health needs in Montclair, New Jersey in 2009.

Susan is a retired dentist with a degree from Georgetown University. She completed her training with a two-year postgraduate residency at Columbia Presbyterian Medical Center and Memorial Sloan-Kettering Cancer Care Center in New York City.

Susan lives with her husband, Jeh Johnson, the former Secretary of Homeland Security, in Montclair, New Jersey. They have two adult children.

The Role of a Sponsor

The Secretary of the Navy is charged with designating sponsors for all United States Navy Ships. Sponsors play a unique role for the Navy. As they christen their ships, bestowing upon the vessel a name chosen by the Secretary of the Navy, they become an integral part of that ship’s history. The crew of the ship may change many times over the course of a ship’s life, but the Sponsor remains the same. The Sponsor’s role is an important one. She will participate in as many of the ceremonial milestones in the life of her ship of the ship as possible and her experiences will be memorable.

Keel Laying Ceremony: During this ceremony, the Sponsor etches her initials into the keel plate to verify that “This keel has been truly and fairly laid”. This event took place on Mar 25th, 2019.

Christening: The Sponsor bestows the ship’s name while smashing the bottle against the bow of the ship.

Commissioning: The commissioning ceremony is one of the most important. The ship is accepted by the United States Navy and becomes part of the active Navy Fleet. When the Sponsor says, “Man Our Ship and Bring Her to Life” and the crew boards the ship, all present rejoice and break out in thunderous applause. It is a very patriotic and proud moment for all.

Relationship with the Ship and Crew: Far beyond participation in ceremonial milestones, Sponsorship represents a lifelong relationship with the ship and her crew. While this bond begins with the ship’s christening and the initial (plankowner) crew, it will ideally extend throughout the ship’s service life and even beyond. Sponsors are encouraged to make every effort to foster this special relationship, and to maintain contact with the initial and successive captains and the amazing men and women who comprise her crew